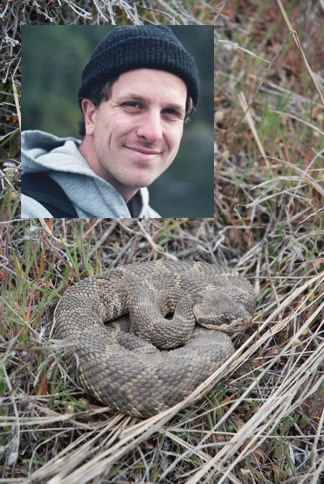 Between 1981-1983, a rattlesnake population in Vernon, BC, was thoroughly studied by Malcolm Macartney out of the University of Victoria.   His thesis thus provides the only historic demographic data set on the Western Rattlesnake near it’s northern limits (and in BC as a whole).  Some 35-years later, Marcus re-visited the Macartney sites to examine the degree to which the snake population had changed.  His thesis provides an important conservation assessment of how well the populations of these animals have  persisted through time.

Important partners on this project included BC Parks, the Coldstream Ranch, the Habitat Conservation Trust Fund, and the Forest Enhancement Society of BC.   Dr. Purnima Govindarajulu (former Provincial Herpetofauna and Small Mammal Specialist) was instrumental in bringing this project into fruition.